We read in the Old Testament Bible that there was a severe famine in Egypt and the Pharaoh instructed his people to ‘Go to Joseph’ (‘Ite ad Ioseph’) to obtain grain for themselves and their households. Accordingly, Joseph opened the storehouses and gave them what they needed. Similarly, the Holy Catholic Church instructs her children to flock to St. Joseph, her universal patron, in their needs. The church believes and teaches that he is capable of providing the children of God with spiritual food. All you that hunger, go to Joseph.

St. Joseph resolved to remain anonymous, and to this day we are left with only a few of his life events to make sense of the person that he was. In concealing his glory, St. Joseph calls us to accept childlike simplicity and become friends with those who live unnoticed around us.

Bl. Anne Catherine Emmerich, an Augustinian nun, mystic, and visionary, received revelations about the lives of the members of the Holy Family. She writes about St. Joseph:

“He was very gifted and was a very good scholar.. and not at all ambitious.”

St. Joseph took up carpentry with his neighbor and mastered this skill without his family knowing. When they came to know of it, they ridiculed his work; but as a response, St. Joseph chose silence. There were times when St. Joseph was wounded by these brothers but in these situations Bl. Emmerich describes St. Joseph as a man

“kneeling down with his face to the wall, praying with outstretched arms.. not in a waking condition.. in an ecstasy of prayer.”

In finding joy through work and prayer, St. Joseph heard the call of the Lord from an angel. 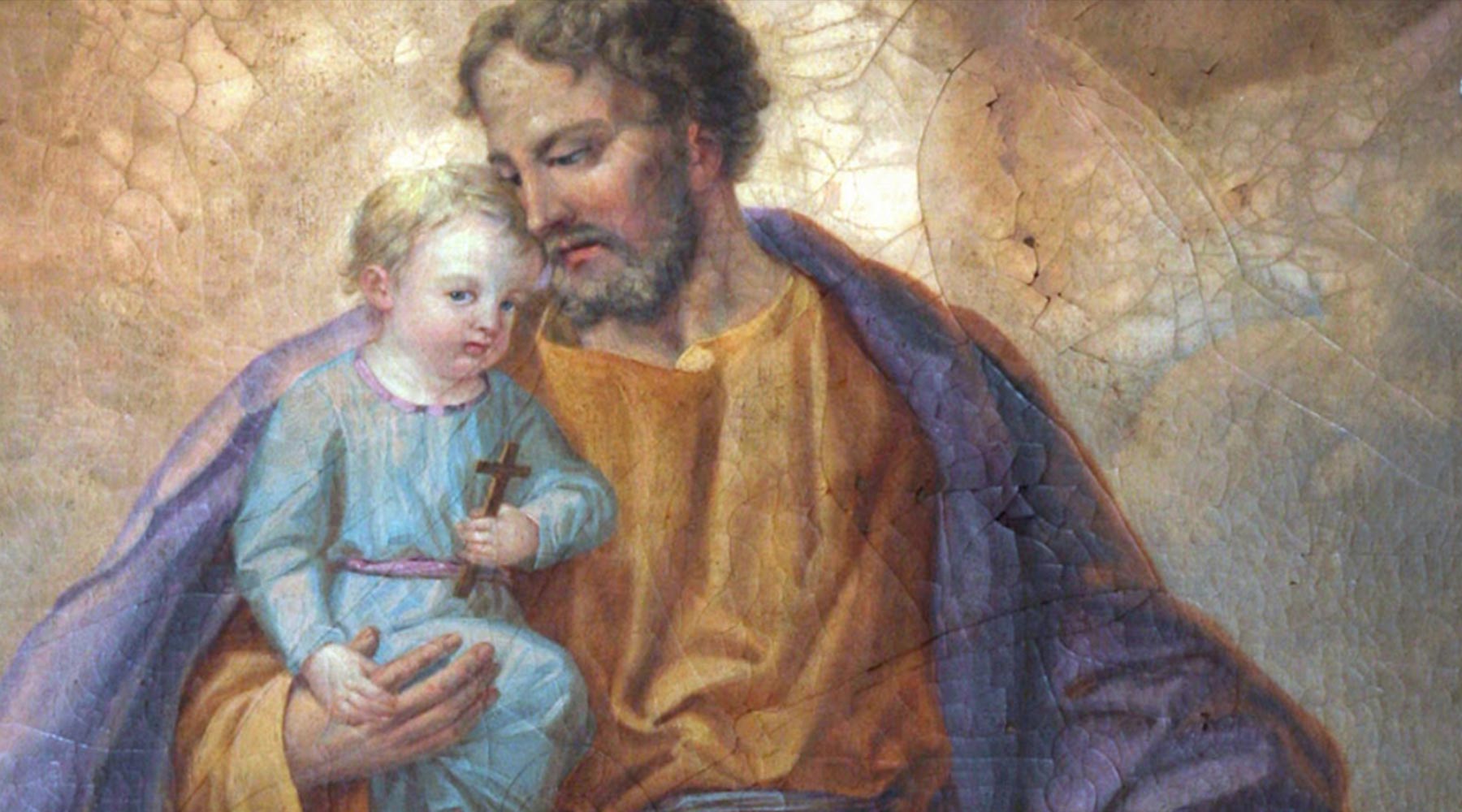 We know that angels appear to only the smallest of souls. As the Bible says,

“I give praise to you, Father, Lord of heaven and earth, for although you have hidden these things from the wise and the learned, you have revealed them to the childlike. (Luke 10: 21)”

St. Joseph, in his littleness, could not accept to be the husband of the mother of God. Yet when the angel called him “son of David,” (Mt 1:20) he realized what He had received: the rights of a prince! St. Peter Julian Eymard says:

“Our heavenly Father has had only one saint to represent Him on earth. Hence He bestowed everything He could on that favored saint, and equipped him with all that he needed to be His worthy representative.”

Just as a father pampers the smallest child in his family with all of his love and pleasure, the heavenly Father willed to lavish His rights upon the smallest soul in His kingdom.

The presentation of Jesus in the temple was a glorious day as might have been many of the days for the Holy Family in Nazareth. Yet glory was concealed in St. Joseph who left the prophet Simeon in silence. The Disney movie, Encanto, follows the storyline of this passage in the Bible. The main character, Mirabel, struggles to find her place in a family where each member is blessed with a unique gift- except herself. She delights in her family and tells her neighbors everything each member can do. Although St. Joseph is not a man of many words, we can imagine him beaming with joy as the prophetess Anna preaches the identity of Jesus to all who await the Messiah. In Encanto, Mirabel longs to have a gift as lovely as each member of her family and, I imagine, St. Joseph did too. Still waiting on this miracle, Mirabel busies herself with daily chores around the house even when she seems to be causing more harm than good. As time progresses, Mirabel realizes that the magic in her home is crumbling and she is the only one who can prevent it.

Returning to St. Joseph, we read that Simeon does not mention St. Joseph in the story of salvation. Yet, like Mirabel, he understands his call to preserve his family from impending disaster. The Encanto storyline takes a turn, when Mirabel who cared for the physical needs of her family, now, strengthens their emotional needs. She reminds them that their value is far more than the gifts they were given: they are gifts in themselves. I imagine St. Joseph pressing baby Jesus close to his heart and gently stroking the head of Mary on his lap, as he reminds them how much he loves them and will continue to do so for the rest of his life.

Patron of the Dying

Jesus and Mary were strong at the crucifixion because they had been transformed under the constant love of St. Joseph. In Consecration to St. Joseph, Fr. Donald Calloway writes: “Adhering to God’s plan, St. Joseph had already offered his loving sacrifice before Jesus and Mary on Calvary. His mission required that he die to self every day in order to get Jesus and Mary to Calvary so that they could make their sacrifice. St. Joseph had done all he could, and though his body was surely giving out due to the limits of human nature, his death was more about love than anything else. His mind, heart, soul, and body could endure no more suffering. He was exhausted from love. For decades, he had poured out all his heart for Jesus and Mary. Love had consumed him. Love ‘killed’ him.”

Protector of the Holy Church

Like St. Joseph, we too are consecrated persons: souls set apart to reflect the goodness of God! As the Church has instituted ‘The Seven Sacraments’ to be visible signs that reflect the invisible mystery of God, our bodies can also be considered sacraments because they reflect the beauty of Heaven. St. Joseph reflected the beauty of Heaven by consecrating his life for the work of Jesus and Mary. With St. Joseph, we can love Jesus and Mary and through him, we can be perfect souls. St. Peter Julian Eymard says:

“Devotion to St. Joseph is one of the choicest graces that God can give to a soul, for it is tantamount to revealing the entire treasury of our Lord’s graces.”

God continued to care for St. Joseph until the end of his life as He did in the days of his youth. St. Joseph did not embark upon great endeavors. Yet out of the store of God’s goodness, He was pleased to favor St. Joseph with His own possessions and merits. At Calvary, Jesus and Mary had recourse to St. Joseph: the one who, through prayer and service, granted each one the strength needed to bear their sufferings. Although it is easy to believe St. Joseph is out of the picture, the heavenly Father, who favors both the small and the great, is pleased to bind the three hearts of Jesus, Mary and Joseph as one. In other words, the Chaste Heart of St. Joseph, the Immaculate Heart of Mary and the Sacred Heart of Jesus do not have a home separate from one another. One heart always holds two others.