Mark the Evangelist is the patron saint of Venice, lions, lawyers, painters, interpreters and prisoners.

Mark the Evangelist is traditionally believed to be the author of the ‘Gospel of Mark’, second of the four new testament Gospels. It is one of the three synoptic Gospels (those presenting a common view), along with Mathew and Luke. According to the Greek manuscripts of the Gospels available to us, St. Mark’s is the oldest, as is evident from its language and style. Mathew and Luke, both written after 70 A.D. follow more or less the same structure and story-line of Mark. That is why these three Gospels are known as synoptic/parallel Gospels.

Saint Mark was born in the early 1st century in 5 AD in Cyrene, present day Libya, Africa. Mark was believed to be of the tribe of Judah. His parents were Aristopolos and Saint Mary of Jerusalem. People gathered together for prayer at Mary’s house. After the angel of the Lord rescued Peter from Herod’s prison, it is the same Mary whose house he went to. (Acts 12:12) 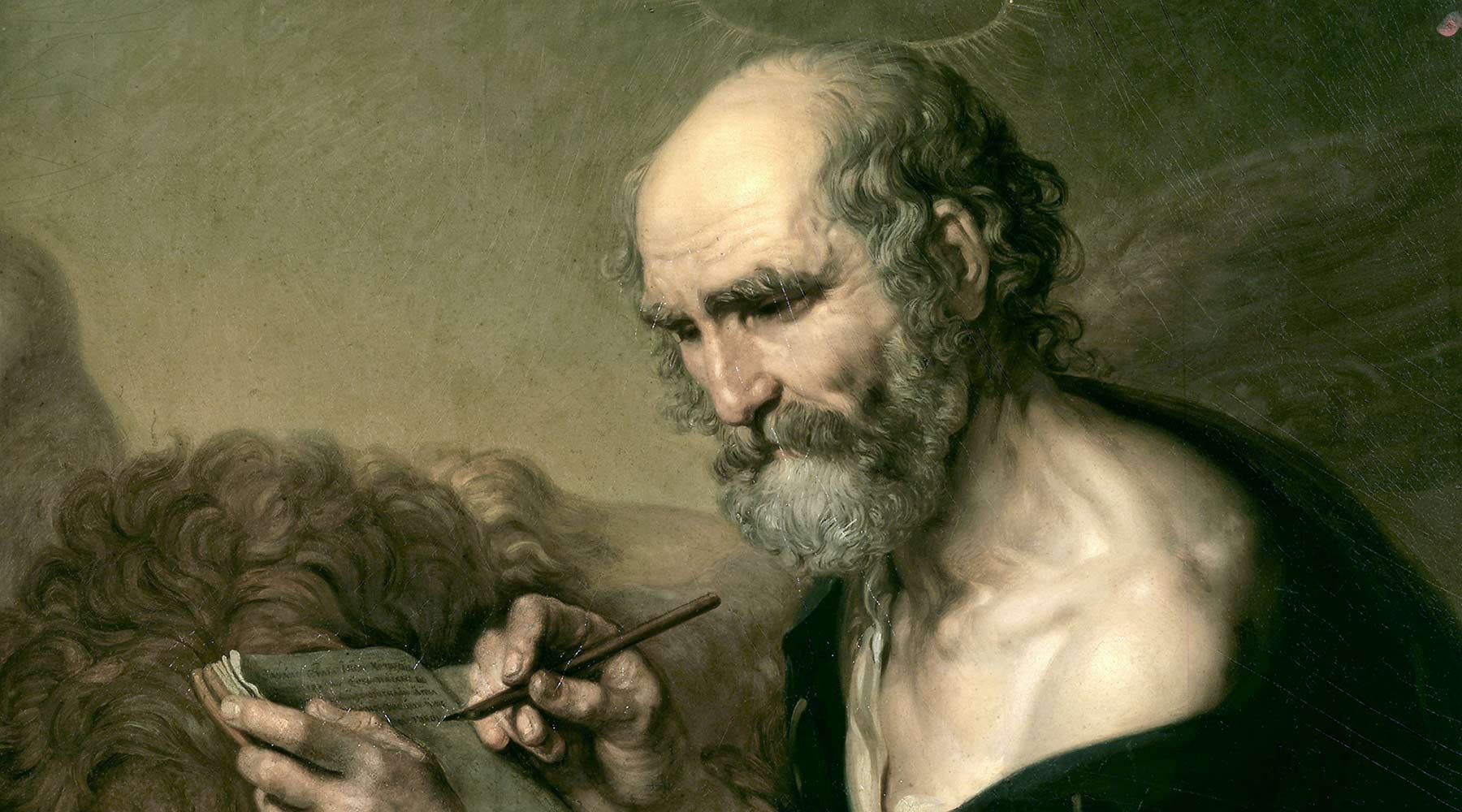 Mark joined his cousin Paul and Barnabas on their first missionary journey to Antioch. Acts 13:5 mentions John (Mark) as being their assistant. During Paul’s captivity and just before his martyrdom, Paul wrote to Timothy advising him to “Get Mark and bring him with you, for he is helpful to me in the ministry”(2 Timothy 4:11).

His religious journey was believed to have begun with his encounter with Saint Peter the apostle, who converted him and took him as a companion and an interpreter. Mark held a close relationship with Peter who referred to Mark as ‘his son’ in his letter addressed to the churches in Asia (1 Peter 5:13). Peter may have used this term to show his love for Mark, or because he was the one who baptized Mark.

Mark was not one of the Twelve Apostles and so he likely never met Jesus Christ in person.  Scholars believe that he used the sermons of Saint Peter to help in composing his gospel before he left for Alexandria.

In 49 AD, Saint Mark the Evangelist founded the Church of Alexandria, (one of the most important episcopal sees of early Christianity) and became its first bishop.  He also set up a Christian school in Alexandria. He is also honored as the founder of Christianity in Africa.

Mark was not one of the Twelve Apostles and so he likely never met Jesus Christ in person.  Scholars believe that he used the sermons of Saint Peter to help in composing his gospel before he left for Alexandria.

He was believed to have been imprisoned before he was martyred. It is said that his neck was tied with a rope and dragged from Alexandria to a small port in Bucoles in the year 68 AD. All attempts to burn him were in vain, so his fellow Christians claimed his remains and they buried his body in ‘The Church of Alexandria’. His relics were stolen and transferred to Saint Mark’s Basilica, Venice, Italy. Saint Mark the Evangelist died at the age of 63.

He is the patron saint of Venice, lions, lawyers, painters, interpreters and prisoners.

Take Home
Mark’s Gospel is a lasting treasure for all believers. He wrote his Gospel to help people know that Jesus is the Son of God who suffered and died to save us from sin and death. When we read Mark’s Gospel, we learn that, we too, must be willing to make sacrifices in order to be true followers of Jesus. Just as Jesus said, “Whoever wishes to come after me must deny himself, take up his cross and follow me” (Mark 8:34).

When we think of the word ‘evangelize’, we imagine a person standing out on a street corner, preaching and sharing that person’s faith, but the truth is that we all have a great opportunity of evangelization within our own homes. St. Mark’s life exhorts us to keep our eyes and ears open to what’s happening in the world around us, be ready to extend a helping hand and be the love of Christ.

To Do
“Whoever wishes to come after me must deny himself, take up his cross and follow me” (Mark 8:34).