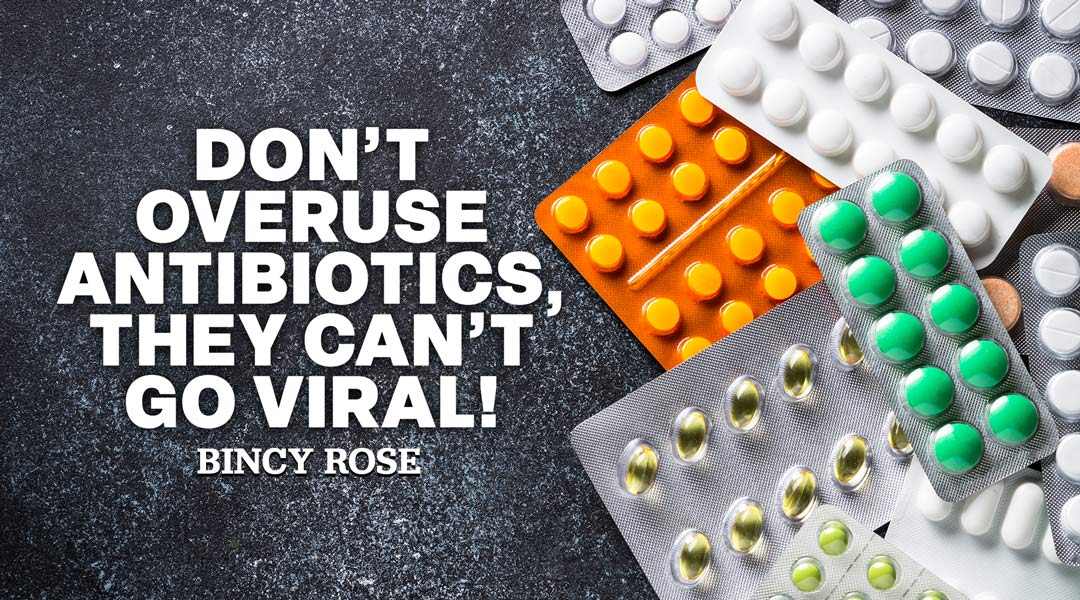 A sore throat, cough, throbbing headache, body ache, “oh no!” signs of getting sick! Looking at the busy week ahead, you feel exhausted – this is not the time to get sick! The first thought rushing into your mind is to run to the doctor and get some medicine for a speedy recovery. You cannot be blamed if you thought the doctor would prescribe some antibiotics – the miracle drugs that can cure many ailments. But think twice before taking it and ask yourself, “Do I need it, or should I follow the doctor’s advice to take some OTC medications, drink plenty of fluids, and get some rest?” A deeper understanding of antibiotics and how they work will help you avoid antibiotic misuse and its consequences and core elements of antibiotic stewardship.

What are Antibiotics?
Antibiotics are medicines that fight bacterial infections in humans and animals. The word ‘antibiotic’ means ‘against life.’ The first antibiotic used in humans was penicillin, discovered by Alexander Fleming in 1941. It was used to save the lives of many soldiers in World War II by preventing infections from their wounds. Since then, antibiotics have played a key role in revolutionizing the healthcare industry and treating many common and life-threatening diseases caused by bacteria.

How do Antibiotics work?
Antibiotics work by attacking the bacteria in our bodies. Bacteria are microorganisms found in the environment and all over our bodies. Most bacteria are harmless, and some are even beneficial. But some foreign bacteria entering our body can cause infections. The antibiotics act either by killing these bacteria or preventing their growth and multiplication.

What do and do not Antibiotics treat?
Antibiotics are excellent drugs that are used to treat severe, life-threatening diseases like sepsis, leprosy, pneumonia, and tuberculosis. It is also used in treating certain bacterial infections such as strep throat, ear and chest infections, whooping cough, and urinary tract infections. It is not only used in the treatment and cure of illnesses, but also in the prevention of infections and reduction of serious disease complications.

Antibiotics only treat infections caused by bacteria and do not work on viruses that cause the common cold, sore throats, and flu. They are not needed for some common bacterial infections including many sinus infections and some ear infections. Taking them unnecessarily can cause serious side effects.

Antibiotics overuse, misuse, and consequences.
The famous quote, “Too much of a good thing,” is very true in the case of antibiotics. The overuse of antibiotics occurs when prescribed to a person who is not in need of them. The misuse of antibiotics happens when a person has been prescribed the wrong antibiotic, the wrong dose, especially a low dose, wrong duration, or incomplete courses. You may think that there is no harm in using antibiotics for a viral infection except for the fact they do not treat the infection. The truth is, there is harm when they are taken unnecessarily or wrongly. In addition to doing nothing to treat the viral infection, they cause harmful and serious side effects such as C.diff infections that lead to severe colon damage and even death, life-threatening allergic reactions, etc. In addition, they kill the beneficial bacteria in our bodies, and most importantly, lead to a condition called antibiotic resistance – one of the biggest threats to global health.

Some of the important things we can do to help reduce the development of antibiotic resistance are: