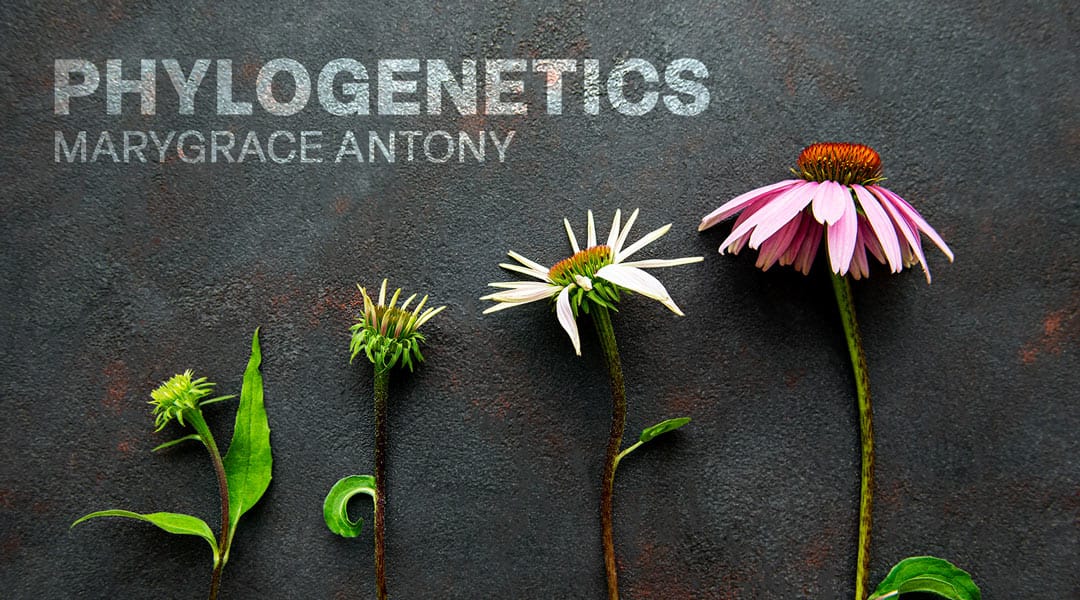 Phylogenetics is the study of evolutionary history and relationships between groups of organisms. Phylo is defined as “race or tribe, or a group of organisms” and genetics is the scientific study of “genes and hereditary”. Phylogenetic relationships are often shown through trees (figure below) in which the pattern of branching is an evolutionary reflection of a particular species from its common ancestor. One such phylogenetic tree we are all familiar with are family trees.

Family Trees visually map relationships of kin through understanding the origin that makes up our unique self. Growing up, people would often comment that I look like Mama; the similarities connected to the hair, to the smile and even the voice. However, there is one stark difference between me and mama’s features: the cheekbones. Cheekbones are a prominent feature from Papa’s side of the family, so how does this work? How can I have features from mostly Mama but also Papa? I am sure you might have also heard similar things such as looking like your Acha/Amma/Ammachi/Appachan or a mixture of all. The answer: we are all creations in the likeness of our ancestors through the hereditary mechanisms of genetics, or genes. Each of us during formation get 50% genes from our mother and 50% genes from our father, and the intermixing of these genes make us uniquely different yet similar to our parents.

There are many benefits in studying phylogenetic relationships in humans. Oftentimes by looking at vast lineages, patterns of sickness can be seen through generations, and by studying hereditary transmission, familial diseases can be traced. Dominant characteristics appear through all generations while recessive traits often showcase through every other generation.

Phylogenetic trees have applications in studying relationships not just in a single species, but can also be used to show evolutionary timelines between different species from a common ancestor to different descendants. Examples include comparing the evolutionary relationship between cats and dogs as in both having fur, walking on four legs, fang-like teeth etc. So, it is likely they are related to one another by a common ancestor. Phylogenetic Trees can also be used to understand pathways in which species interact to transmit mechanisms harmful to humans. As an evolutionary biologist studying antibiotic drug resistance, phylogenetic relationships are compared between patients and antibiotics through E. coli phylogroups, to understand the evolution of antibiotic resistant strains to answer the question of how antibiotic resistance is acquired. It is truly all about the connection exhibited to emerge as the fittest.

In conclusion, without phylogenetic analysis, evolutionary relationships of species, or genes will cease to aid the gap in understanding the common history that unites all life in the planet we call Home.