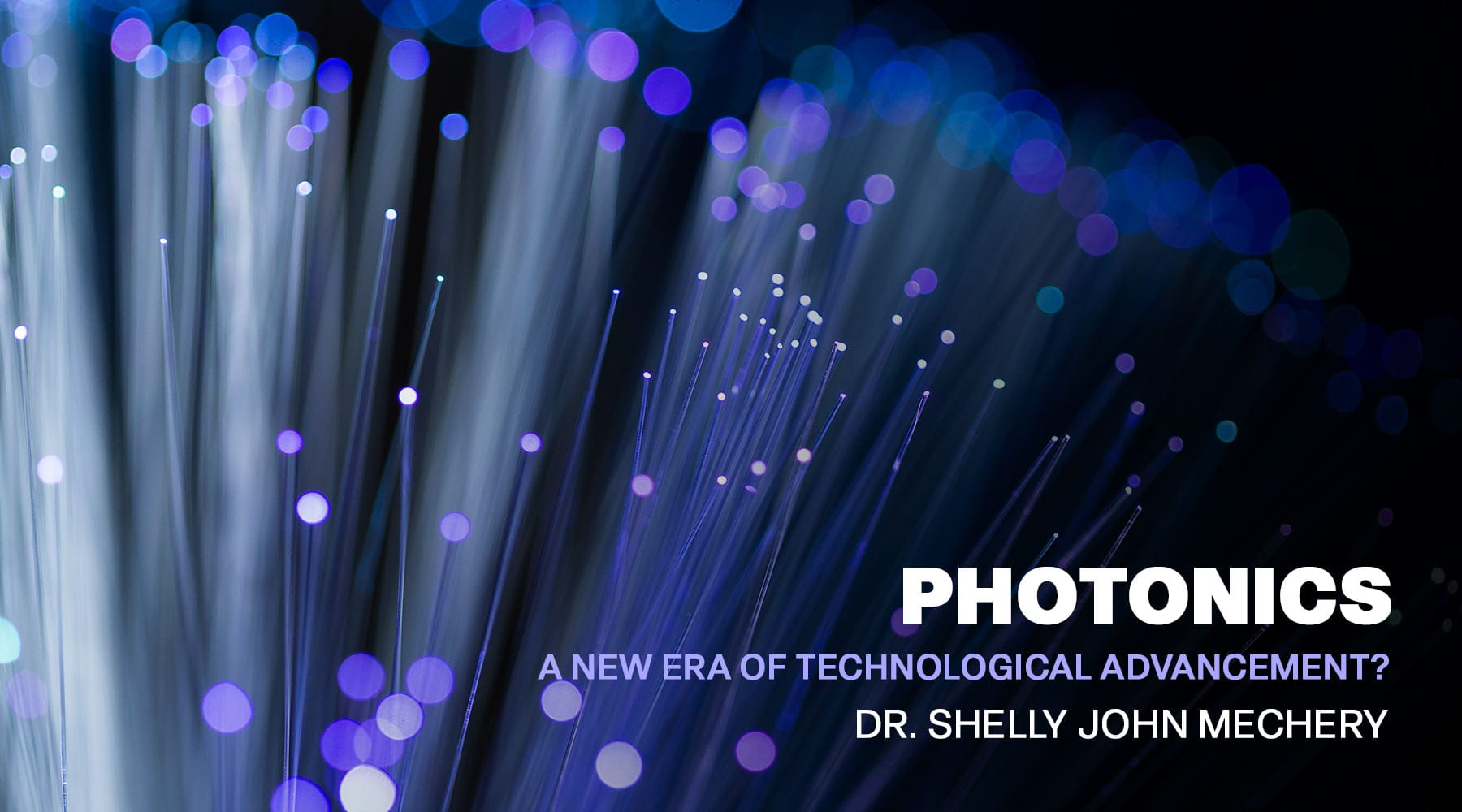 Photonics is the science of light. It is the technology of generating, controlling, and detecting light. Scientists have been studying light for hundreds of years. At the beginning of the 20th century, Max Planck and later Albert Einstein proposed that light behaves as a wave as well as a particle, which was a very controversial theory at the time. How can light be two completely different things at the same time? With experimentation, this duality of light was confirmed. The word Photonics appeared around 1960, when the laser was invented by Theodore Maiman. It brings together physics, electrical engineering, and materials science knowledge about photons and electrons.

We can redefine Photonics as the science of manipulation of photons. The application of photonics spreads across several sectors. Photonics explores a wider variety of wavelengths, from gamma rays to infrared light, called the electromagnetic spectrum. Even if we cannot see the entire electromagnetic spectrum, visible and invisible light waves are a part of our everyday life. We can find application of Photonics and Lasers in numerous fields such as fiber optic communications, medical fields (surgeries, eyecare, cancer treatment, CT scans), driverless cars (Lidars), laser-guided missiles, and manufacturing industry (laser cutting and machining). It can also find applications in normal day to day life, such as, LED lights, flat screen TVS, DVD players, barcode scanners, solar panels, remote controls, remote sensing, visible and infrared cameras, and even in the entertainment industry (holography, laser shows), etc.

All around the world, scientists, and engineers are performing cutting edge research in the field of Photonics. The science of light is also actively taught in classrooms, where teachers and educators share their passion for this field to their students. Photonics opens a world of enormous and far-reaching possibilities. Light-based technologies are efficient, reliable, and fast. Photonics technology includes sources of light, such as lasers and LEDs, waveguides and a variety of opto-electronic devices that encode digital information onto optical signals. These components are typically discrete and physically separate from one another, and need to be mated together by various coupling means to create a complete optical circuit. So there is a long need for an integrated circuitry, which will bring technology to small form factors.

WHAT IS INTEGRATED PHOTONICS?

Integrated photonics is an emerging branch of photonics in which waveguides and optical devices are fabricated as an integrated structure onto a flat substrate. The fabrication process is very similar to that of integrated circuits (ICs) in electronic chips. It can utilize the same fabrication facilities or foundries used to make silicon chips. As a result of integration, complex photonic circuits can now process and transmit light in similar ways as the electronic integrated circuits (IC) process and transmit electronic signals. However, there are fundamental differences between these two branches of technologies. Photonic offers high bandwidth and it can transmit more information compared to electrons. Electronic currents heat up, whereas photons can transmit great amounts of information, releasing only a fraction of the energy they carry. These advantages will lead to information moving across a chip faster and more efficiently, while using less power.